"Dominick Varney's performance as Toad and Hans-Stefan Ducharme's turn as Frog, as a comedy team, the duo includes a dose of Laurel and Hardy, a dash of odd couple Oscar and Felix and a pinch of George Burns and Gracie Allen."  The Bangor Daily News 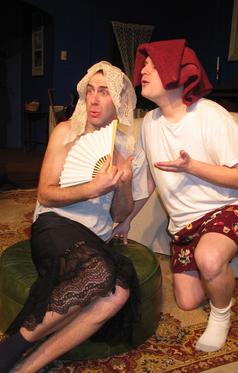 "Top performance honors go to Dominick Varney as the conniving menacing Applegate, who winces every time he hears "God" and "soul" spoken.  Varney's Paul Lynde-like Devil is a charming, ironic, an persuasive as he ought to be.  His "Those Were the Good Ole Days" and "Two Lost Souls" left no doubt that this show isn't really about baseball"  Syracuse.com

"Together with Adler's naughty lyrics for the soft-shoe parody, "Those Were the Good Ole Days," Applegate delights in the evil he has wrought, with actor Varney's wickedly smirking delivery bringing down the house.  Maine-based Varney makes a convincing case that the devil should talk like the late Paul Lynde."  Syracuse News Times 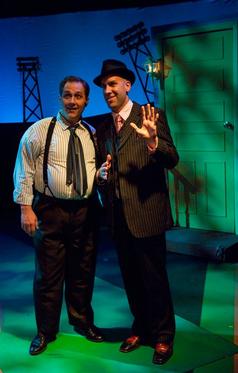 "Varney and Robinson make for a sweet stage couple during their more romantically subdued moments, but they really shine when allowed to unleash their dynamic understanding of farce.  The two make a great pair, bringing a wonderful screwball comedy sensibility to the table."  The Maine Edge 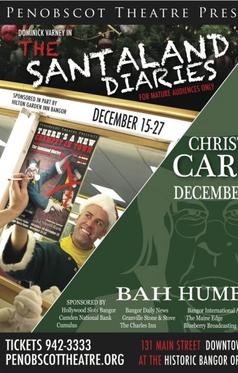 "Varney uses his long, slippery body to create visual images of his characters.  His title character is all emotions, all vibrant changes.  Varney's choices for his other characters are unique and he enters and exits these other folks without batting an eyelash.  He is very, very funny."  Berkshire Bright Focus 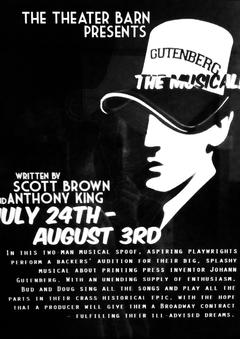 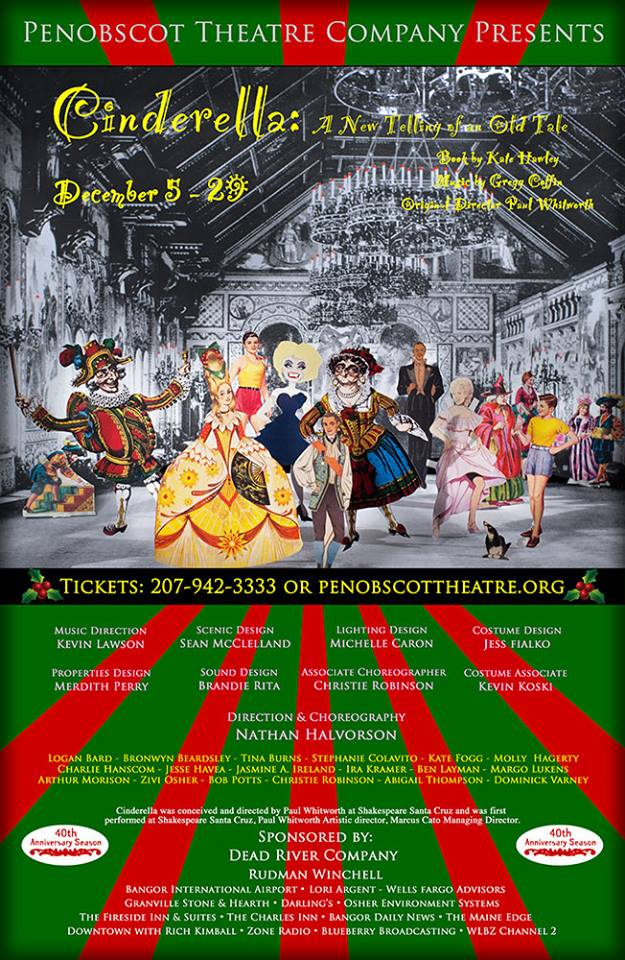 "The stunning stepmother, the real meat of the show, is played brilliantly by none other than Dominick Varney.  A cranked-up cross between Cruella DeVil and RuPaul, she has one show-stopping number after another and is the character kids and adults most lovingly despise."  The Maine Edge

"Sterling is one scary dude but he loves stamps and he's liquid.  In Varney's hands, he's also the most interesting character.  The entire theater vibrates when he's on stage and when he points that long, bony finger at a fellow actor, electricity seems to zip down his arm and zap them.  The actor is delightfully and surprisingly sinister in a role that appears to be been written for him.  Varney's performance alone is the reason to see "Mauritius."  The Bangor Daily News 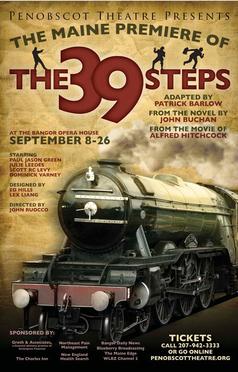 "If there's a star of the show, it is Dominick Varney's rubbery, ridiculous facial and bodily contortions.  Varney, who turns in yet another stellar PTC performance, plays more than 45 characters over the course of the show, grinning madly at one moment, grimacing and growling the next.  It is a testament to his multitude of skills that the second Varney appears onstage one's eyes are drawn to his face, a marvel of elasticity and artful goofiness."  The Bangor Daily News 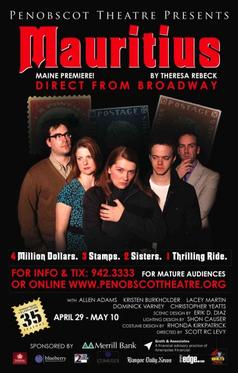 "With his head shaved and his eyes heavily made up, Dominick Varney dominates the stage as Frank 'N' Furter in a leather bustier and 6-inch, high-heeled black boots.  Varney brings a high-flying energy to the insane scientist that is maniacally hysterical."  The Bangor Daily News 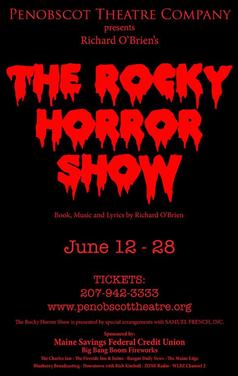 "The undisputed owner of this show is Dominick Varney.  Whether he's singing or seducing (or both), Varney is in complete and total command of the room from the moment he steps onto the stage. He alternates between lasciviousness and languor without missing a beat, strutting and gliding and floating from moment to moment with eye-catching charisma."  The Maine Edge

"As the scarecrow, Dominick Varney chooses to play the simplicity rather than the stupidity; there's an enduring curiosity that contrasts with a fearlessly flaccid physicality."  The Maine Edge 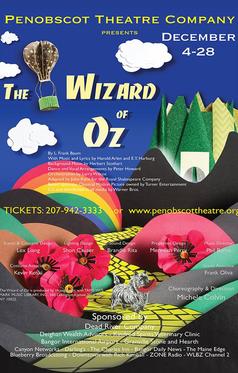 "Varney is delightful as the put-upon parlor maid.  The angular actor has rarely looked better than he does donning a dark wig and wielding a feather duster.  His distracted Lord Edgar is dashing and, when the action switches to Egypt, daring, too."  The Bangor Daily News

"As Jane, Varney indulges a barely-contained cattiness, all the while showing occasional flashes of a sinister undertone.  Meanwhile, as Lord Edgar, he's all staid stuffiness; his uptight attitude is all the funnier for the seriousness of which it is played."  The Maine Edge

"Dominick Varney, as always, steals nearly every scene he's in as Fogg's pliant servant Passepartout.  The local actor and director wrings every ounce of comedy, much of it physical, for each stop along his master's route.  His visit to the opium den is hysterical."  The Bangor Daily News 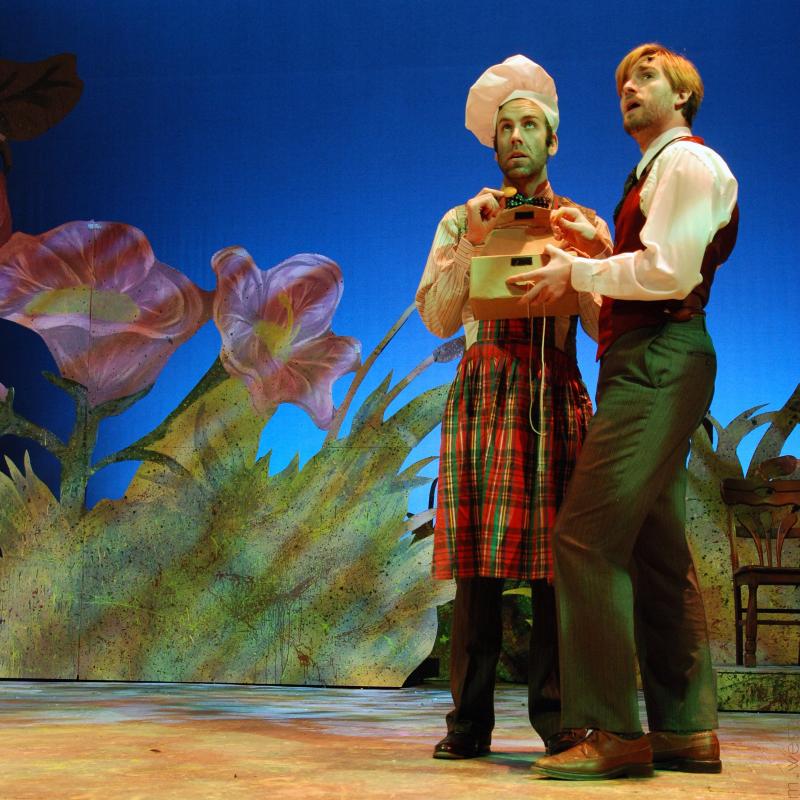 "Varney and Robinson's ditzy pair provide much of the physical comedy.  It is their slapstick antics as the young lovers that evoke most of the laughs.  Without their energy, "The Fox on the Fairway" could have ended up stuck in a sand trap for two far-too-long acts."  The Bangor Daily News

"Varney is at his best when re-creating - as Sedaris did so vividly in his diaries - his fellow elves, the Santas, the parents and the kids who come to visit Santaland.  Whether it's the mom seeking "a traditional Santa," code for "white," or the stressed out mother unable to quell her toddler's tantrum or Santa Santa, the man who thinks he's really the man in the red suit himself, Varney is hysterical.  The Bangor Daily News

"Roberts is played by the human rubberband, Dominick Varney.  His body is so supple, his face so easily contorted, his reaction so broad and his verbal communication so slithery that he never stops amusing the audience.  Nothing he does is anticipated nor is it telegraphed.  He is a constant set of surprises.  His realization of this character is unusually fine and as a result he garners both laughter and applause."  Berkshire Bright Focus 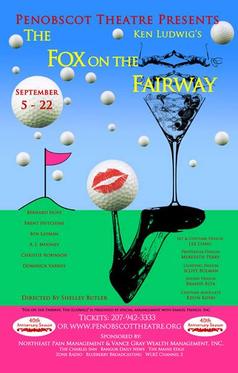 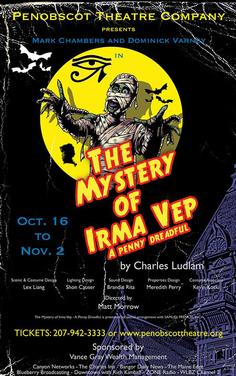 "Playing half a dozen roles, Dominick Varney nearly stole every scene he was in as he switched clothes, wigs and personas backstage in seconds before he emerged as a new character.  He was equally fine as the menacing dentist high on laughing gas and the little old lady from the garden club."  The Bangor Daily News 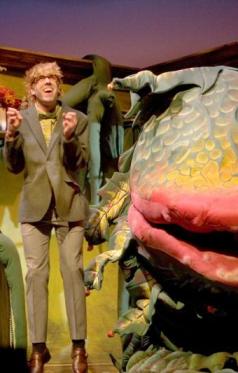 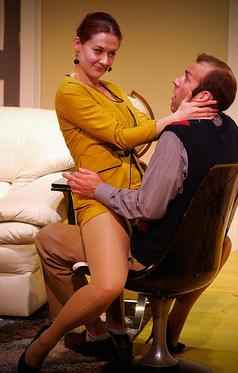 "Anyone who has ever seen Dominick Varney in a comic role knows he has never met a campy role he could resist.  As part of this show's two-man hack producing team, he's:  Adam, Satan, Nefertiti (with a hip swivel that's bound to make the girls jealous), Napoleon, a Southern Belle, Paddy O'Gratin, Shanghai Lil, and Eva Braun.  The man changes characters the way most people change clothes.  Plus he has a versatile and entirely pleasant singing voice that easily moves from rap to rock to ballads to falsetto and opera.  Even when he lip-synchs (as a nun), he hits the right note."  The Bangor Daily News

"Varney, though, never falters.  He knows how to work the crowd and his confident vocals in "Those Were the Good Ole Days" prove yet another strength.  His comic delivery employs tenacious timing and highlights Applegate's joyful approach to causing trouble."  Ithaca Times

"Our guide on this trek back to the Sunset Strip of 1987 is Lonnie, who narrates the story and conjures up plot twists. He is played by Dominick Varney, who has not been turned loose on a role like this since he played Frank ‘N’ Furter two years ago in Penobscot Theatre Company’s “The Rocky Horror Show.” Varney’s Lonnie reels the audience into the Bourbon Room, where rock ‘n’ roll changes lives and romances spark and die, like a skilled barker at a carnival. Varney’s over-the-top performance and his infectious energy keep the show moving, and when he’s not onstage, it often drags, especially in the weak second act. The Bangor Daily News"  The Bangor Daily News 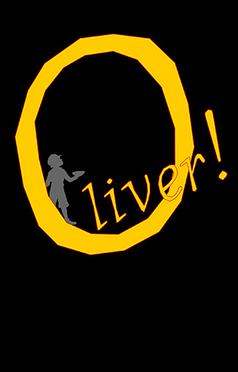 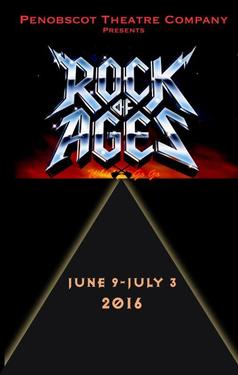 "The cast seems uniquely suited for bringing the best out of this tale. Varney’s Wally is a sweet man, a romantic at heart, which makes his quest for love both relatable and very funny.  And of course – the harmony. Their voices mesh beautifully, dipping and leaping and coming together in a buttery blend. It’s worth noting that this kind of harmonizing is HARD, yet these guys manage to make it look easy. Impressive musicianship across the board from these guys."                 The Maine Edge 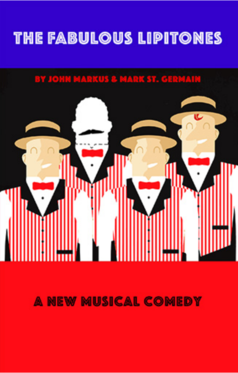 "Varney’s performance is equally riveting and a departure from the broad comedic roles he is best known for. The most touching moment in the show is when the shy and repressed Malcolm stands at his mother’s grave and sings “You Walk With Me.” His loss is palpable but so is his release from her definition of who he should be." The Bangor Daily News 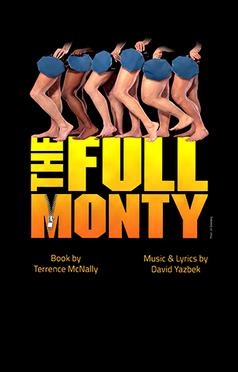 "Varney not only delivers many of the funniest lines with veteran precision, he also delivers on one of the most technically demanding songs in the show, “You Walk with Me,” a performance equal parts studied control and aching vulnerability." The Maine Edge

"Dominick Varney gives what is, for him, an understated performance as Fagin, the man in a crew of street urchins. His Fagin is a loving, protective, rascally father figure to the boys. His final number, “Reviewing the Situation,” in which the actor stands on the vast stage alone contemplating his later years is poignant. Varney’s Fagin is surprisingly vulnerable but that is why the audience adores him." Bangor Daily News

"Varney turns it up to 11 as Fagin, putting forth a mischievous energy that is infectious and (at times literally) magical; his ensemble-backed “Pick a Pocket or Two” is one of the finest numbers in the entire show."  The Maine Edge